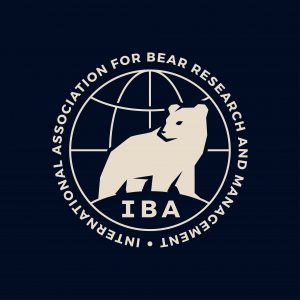 The endangered population of the Cantabrian brown bear: (a) lives in an area characterized by a high density of people and human infrastructures; (b) is composed of two subpopulations (western and eastern) with little connection between them; and (c) data on bear movements, space use and rhythms of activity are extremely scarce and limited to few recovered individuals. This project aims to study bear dispersal in a human-modified landscape. This research is especially important in small, endangered brown bear populations, as is the case of the Cantabrian population, one of the smallest and most isolated bear populations in the whole of Europe. Subadult dispersal is a crucial process allowing for expansion of the species towards suitable areas still unoccupied by the species and connection between the two subpopulations. However, we lack information on dispersal routes and strategies, as well as the causes and rates of subadult mortality, which may affect the viability of this small and isolated population at the southernmost limits of the brown bear’s worldwide distribution. Thus, to ensure the viability of this population it is not sufficient to preserve those habitats which guarantee food and shelter, as good connectivity between the two subpopulations must also be increased and maintained to allow the spread of individuals (and genes) between the two nuclei and towards areas that have not yet been occupied by this expanding population. Consequently, the most urgent priority for the conservation of the Cantabrian brown bear population is the study of juvenile dispersal, and the most appropriate method to obtain this information is the capture and radiocollaring of subadults. In fact, telemetry will allow for the understanding of the key dispersal habitats during the different phases of bear biology, the physical barriers that bear are faced with and how to remove them, as well as the dangers potentially affecting the survival of dispersing individuals.

Characterisation and quantification of the parasite load of the brown bear population in the Cantabrian Mountains. Excellence Project CGL2017-82782-P financed by the Spanish Ministry of Science, Innovation and Universities, the Agencia Estatal de Investigación (AEI) and the Fondo Europeo de Desarrollo Regional (FEDER, EU). 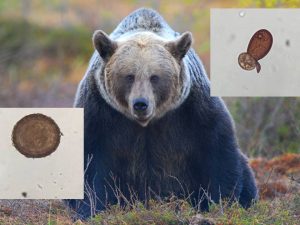 In recent decades, major efforts have been made to preserve the small, isolated and endangered brown bear population in the Cantabrian Mountains. However, little is known about the possible presence of parasitic infections of this population and the potential interactions with domestic species. Our study is mainly aimed at the: (1) knowledge of the parasite load present in Cantabrian brown bears; and (2) establishment of potential interactions between parasitic infections in bears and domestic animals.

The brown bear in the Cantabrian Mountains as an example of the coexistence of humans and large carnivores in human-modified environment. Excellence Project CGL2017-82782-P financed by the Spanish Ministry of Science, Innovation and Universities, the Agencia Estatal de Investigación (AEI) and the Fondo Europeo de Desarrollo Regional (FEDER, EU). 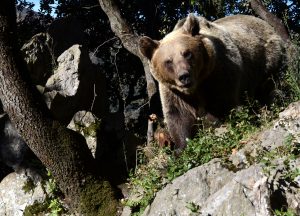 Human activities are having a profound impact on the natural world. For many animals, a change in behaviour is very often the first response to human-altered conditions and/or human activities. Such behavioural modifications may also interfere with physiological processes and, in so doing, weaken the ability of organisms to mount an appropriate behavioural response. Indeed, some human activities may result in elevated glucocorticoid levels, which can lead to a multitude of physiological problems. But when we consider the changes that human activities are producing on the natural world, we tend to think of those alterations to natural ecosystems that often have immediate perceptibly effects on animal species. However, some human activities, such as variable human densities, the presence of human infrastructures and leisure activities, may engender more subtle and difficult to detect effects on animal populations. However, we still lack even a rough understanding of their global effects on wildlife. For example, there are many cases illustrating the negative impacts that often result from tourist–wildlife interactions. Brown bears (Ursus arctos) in the Cantabrian Mountains closely coexist with people in a highly human-modified landscape. The main objectives of this three year proposal (which will be carried out in the Cantabrian Mountains) are to understand if different levels of human presence and activity: (i) alter bear behaviour; and (ii) increase stress levels. In addition, and with the aim to understand the effects of human and natural landscapes on the brown bear population of the Cantabrian Mountains, we will also build a model depicting the potential range expansion of the species in the near future.

Brown bear behaviour in human-modified landscapes: the effect of human density and ecotourism. Financed by the International Association for Bear Research and Management (IBA, USA; IBA-RG_16_2016) 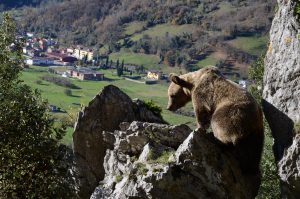 The endangered population of the Cantabrian brown bear lives in an area characterized by a high density of people and human infrastructures. Moreover, the recent expansion of ecotourism has established a large network of bear-viewing points, some of them at a relatively close distance to bear activity areas. This project aims to study bear behaviour in a human-modified landscape as a function of human settlements and density, as well as presence/absence of bear–viewing points, by way of video recordings. A behavioural change is very often the first response to human-altered conditions and/or human activities. Such behavioural modifications can potentially improve an organism’s fitness, but may also have serious and unexpected consequences on rhythms of activity, feeding, mating, health, and, more generally, survival. In addition, human-altered conditions can weaken the reliability of cues used by animals to assess habitat quality, resulting in suboptimal habitat choices that can negatively impact survival and reproductive success. Finally, leisure activities, such as wildlife watching, are recognized as the most prominent cultural ecosystem service, but we still lack even a rough understanding of its global effects on animal ecology and behaviour. There is a growing demand from the public to interact with wildlife in the wild, and the brown bear is undoubtedly the most targeted species for ecotourism in both Europe and North America. Under this perspective, when evaluating the effects and sustainability of bear-based tourism, it is crucial to understand the bear’s choice whether or not to flee from people, and the impacts of that decision on bear fitness. Main objective of the current project is to disentangle the effects of different factors related to human-modified landscapes on bear behaviours, i.e. to understand if: (1) bears in human-modified landscapes can coexist with people with minimal alteration to their behaviour because bears are habituated to the presence of people; or (2) bears located in close proximity of humans and their activities, e.g. near bear-viewing points or in areas of high density of human activities, show important alterations to their behaviour. 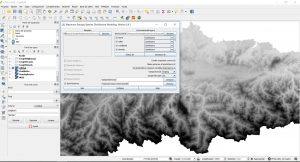 The continued demographic and geographic expansion of the brown bear population in the Cantabrian Mountains, coupled with the conflicts that arise in areas of recent colonization, makes it imperative that Cantabrian brown bear conservation and management is proactive rather than reactive. A central component in facilitating proactive management is to enable quantitative predictions regarding the continued geographic distribution of the population. This study aims to evaluate maximum entropy modelling as a method for predicting bear occurrence and expansion zones in the Cantabrian Range.

Stress levels as a consequence of bear watching. Testing for a protocol to monitor stress hormone metabolites in brown bear scats. Financed by the Principado de Asturias, Spain 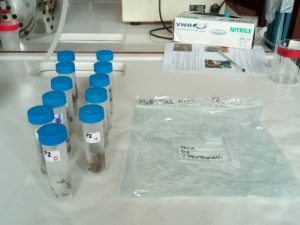 Human activities are having a profound impact on the natural world. For many animals, a change in behaviour is very often the first response to human-altered conditions and/or human activities. Such behavioural modifications may also interfere with physiological processes and, in so doing, weaken the ability of organisms to mount an appropriate behavioural response. Indeed, human activities may result in elevated glucocorticoid concentrations, which can lead to a multitude of physiological problems. The increasing popularity of bear viewing activities occurs within the broader context of an increasing demand for opportunities to interact with nature. For the increasing but still rather small and endangered brown bear population in the Spanish Cantabrian Range, the increasing demand for bear tourism urgently calls for an understanding of the conditions causing bears to flee or linger around viewing points, and the fitness consequences of these behaviours has become increasingly important in evaluating the impacts of bear viewing practices. Although European brown bears populations have been shown to successfully deal with human-dominated landscapes, the impact of tourism on them is still unknown. Given (i) the risks that inappropriate management decisions may have on threatened populations and (ii) the economic importance of ecotourism to threatened species like bears, it is crucial to determine whether human visitation can be continued without harming these animals. Prior to starting the analysis of scat from wild brown bears, we are validating a protocol for hormone monitoring using captive brown bears in the Proaza Rescue Centre (Fundación Oso de Asturias http://www.osodeasturias.es/fundacion-oso), which is necessary given the high degradation rates of stress hormones in faecal samples.